This site uses cookies. By continuing to use this site you consent to our use of cookies. more info | ok
british special forces » police special operations » PaDP
▼ share this page

The largest armed Metropolitan Police Service (MPS) branch, Parliamentary and Diplomatic Protection (PaDP) are responsible for the protection of the diplomatic and government communities in Central London. The PaDP is a branch of MPS Protection Command.

The PaDP was formed in April 2015 by combining the previously established Diplomatic Protection Group (SO6) and the Palace of Westminster Division (SO17).

PaDP Authorised Firearms Officers (AFO) have a number of roles: 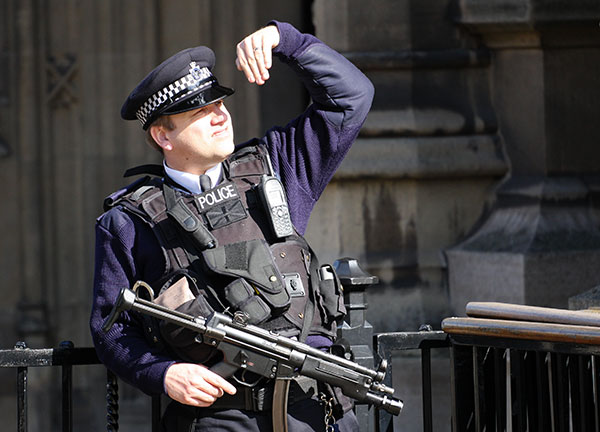 A Diplomatic Protection Group AFO stands guard outside the Houses Of Parliament, 2009
Photo by Flickr user Matthew Kenwrick | used with thanks under CC Attribution-NoDerivs 2.0 Generic

A number of PaDP Armed Response Vehicles (both cars and motorcycles) patrol Central London. Their primary role is to provide a mobile response for the diplomatic and government community but they may also respond to general armed criminal activity in the area. 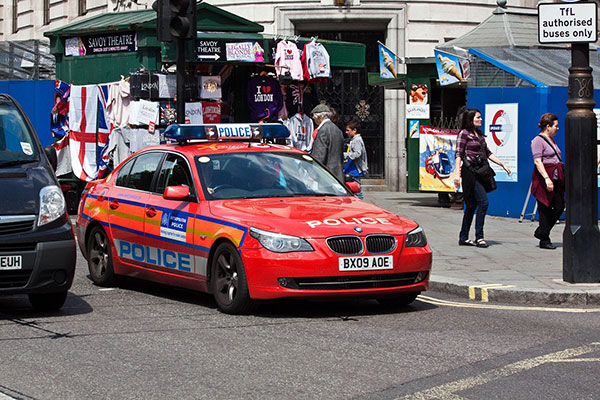 update: both the DPG (now PaDP) and SCO19 have moved away from BMW 5 Series cars towards BMX X5 4x4s for their ARVs. 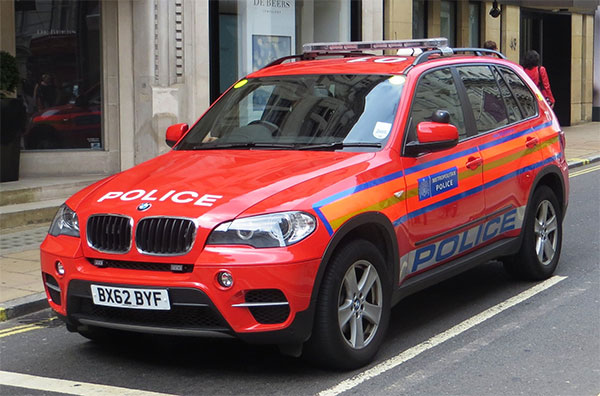 PaDP provides armed support for state and ceremonial occassions such as Trooping The Colour. This support includes counter reconnaissance (surveillance) and the provision of rooftop snipers.

PaDP trains a number of Rifle Officers who contribute to the Met's Rifle Section, a pool of around 60 specially-trained marksman who deploy to provide overwatch and counter-sniper cover for high profile ceremonial occassions and security operations such as visits by heads of state.

The Section is drawn from Rifle Officers from The Diplomatic Protection Group, SCO19, SO18 Aviation Security and other Met units.