This site uses cookies. By continuing to use this site you consent to our use of cookies. more info | ok
british special forces » royal marines » 40 Commando
▼ share this page

40 Commando (pronounced 'Forty Commando') is a battalion-sized component of 3 Commando Brigade. The Commando is based at Norton Manor Camp outside Taunton, Somerset.

For a breakdown of what each type of company contains, see the main Royal Marines page

40 Commando played a major role in the opening moves of Operation Telic 1, the British component of the US-led coalition's invasion of Iraq. On night of March 20th 2003, 40 Commando took part in an amphibous helicopter assault to sieze the Al-Faw Peninsula. They were among the first conventional forces to put boots down on Iraqi soil.

Post-invasion Iraq was the venue for the return of 40 Commando to the country in 2004. Their tour included operations in southern Iraq and an attachment to the Black Watch Battlegroup who were operating in the north.

40 Commando's first deployment to Helmand Province, Afgansitan, was for Operation Herrick 7 (October 2007-April 2008), as part of 52nd Infantry Brigade. They would later return for Herrick 12 (April - October 2010), this time with 4th Mechanized Brigade. Their final tour, again with 4th Mechanized Brigade, was for Herrick 17 (October 2012 - April 2013). They were last Royal Marines Commando to deploy to Afghanistan. 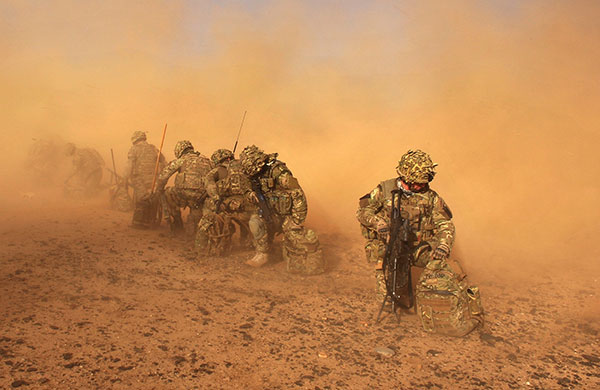 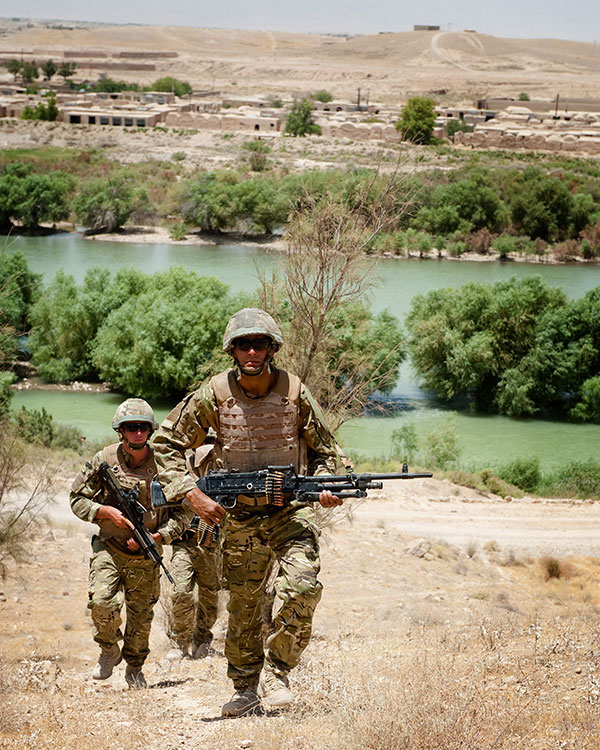 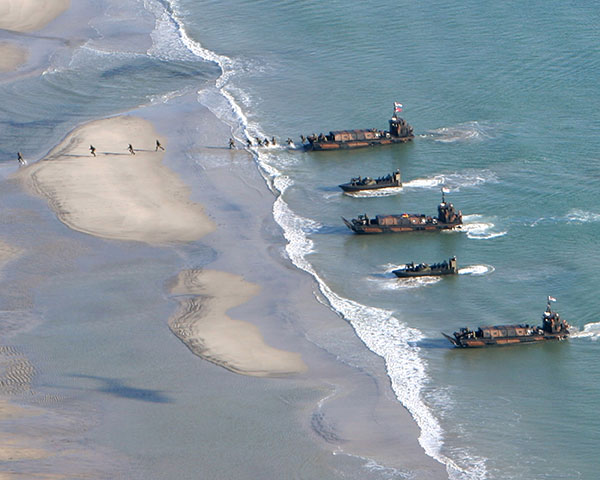