This site uses cookies. By continuing to use this site you consent to our use of cookies. more info | ok
british special forces » special air service » sas weapons » handguns » sig sauer p226
▼ share this page

The Swiss-made Sig Sauer P226 is a reliable and popular pistol in service with many militaries and law enforcement agencies around the world.

It can be chambered in .356sig, .40SW or 9mm (as used by the Regiment). The P226 has a standard magazine capacity of 15 but is often fitted with extended 20-round magazines by SAS troopers when carried on counter-terrorism operations.

Other UK units that use the P226 include:

A variant of the P226 is the Sig Sauer P228, only available in 9mm. The P228's slightly more compact design has made it a favorite of close protection teams and undercover units and is believed to be in use with the SAS. 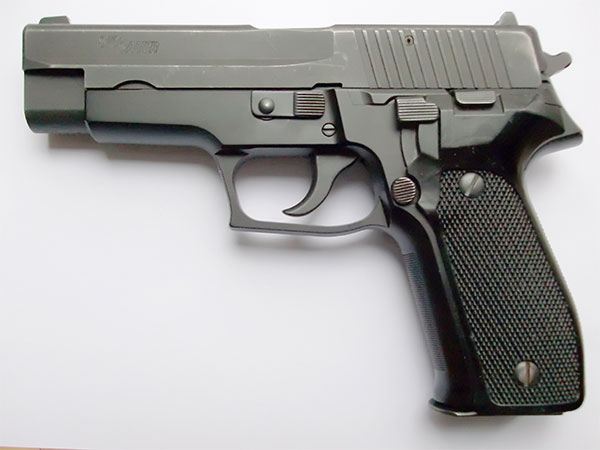 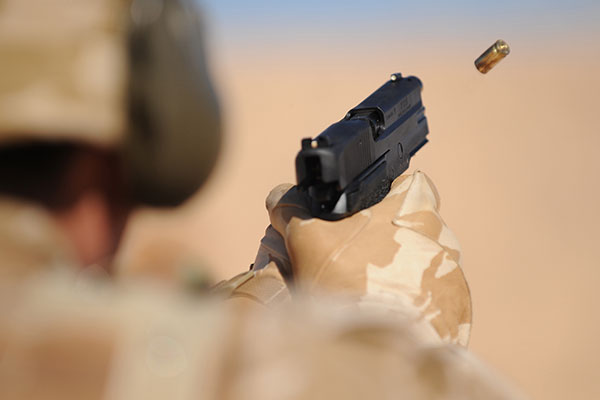 A member of 4 Mechanised Brigade's Brigade Reconnaissance Force (4 Bde BRF) fires a Sig Sauer P226R during pre-deployment training. From 2007 onwards, all infantry soldiers deployed to Afghanistan were issued with a sidearm, typically the L105A2 Sig Sauer P226R. The 'R' model adds a rail to the underside of the pistol's frame onto which accessories such as a torch may be attached.
MOD photo Sgt Mike Fletcher RLC | © Crown copyright 2009 | used under open government licence