This site uses cookies. By continuing to use this site you consent to our use of cookies. more info | ok
british special forces » police special operations » mdp
▼ share this page

The Ministry Of Defence Police (MDP) is a civilian police force that polices MOD establishments. All MDP Police Officers are trained in the use of firearms and are usually armed.

The MDP consists of 2 main divisions: 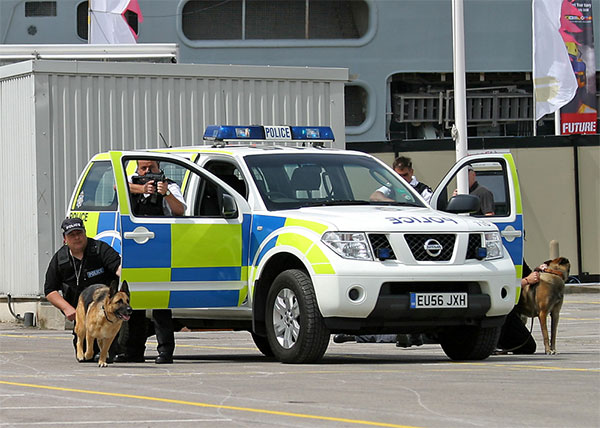 MDP Officers pictured with a Nissan Pathfinder and several dogs from the Dog Section. The MDP fields a large number of working dogs in a range of roles, including Tactical Firearms Support Dogs who deploy on firearms operations.
photo by Bellerophon | public domain image 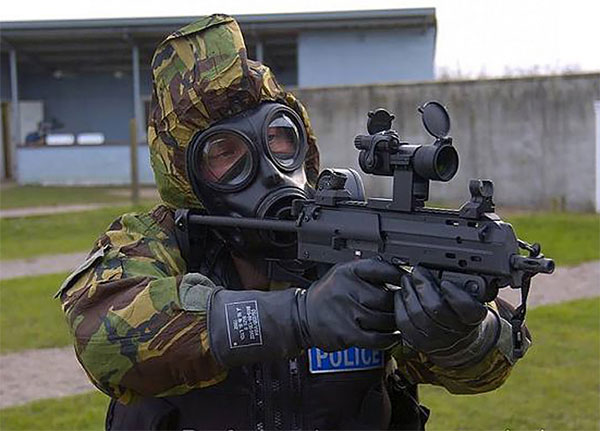 A MDP officer, wearing CBRN protective gear, takes aim with a H&K MP7 at a firing range. The MP7, known within the MDP as the Utility Weapon, was brought in to replace the Browning 9mm pistol, H&K MP5 and the SA80A2 rifle.. The MP7 fires a 4.6mm x 30mm projectile designed to penetrate modern body armour.
photo by REadyphotr | used with thanks under CC Attribution-ShareAlike 3.0 Unported

One of the MDP's roles is protecting the United Kingdom's nuclear deterrent. This includes standing tactical teams that guard establishments that make, store and decommission nuclear warheads, armed convoys that move nuclear weapons on road journeys and a marine unit that protects Trident submarines.

The Special Escort Group provides armed protection for the transport of nuclear materials around the United Kingdom. In this role, the SEG works closely with other agencies, including Royal Marines from 43 Commando Fleet Protection Group. Nuclear convoys typically consists of one or more unmarked articulated lorries carrying the sensitive materials, escorted by MDP vehicles, military and other police vehicles. 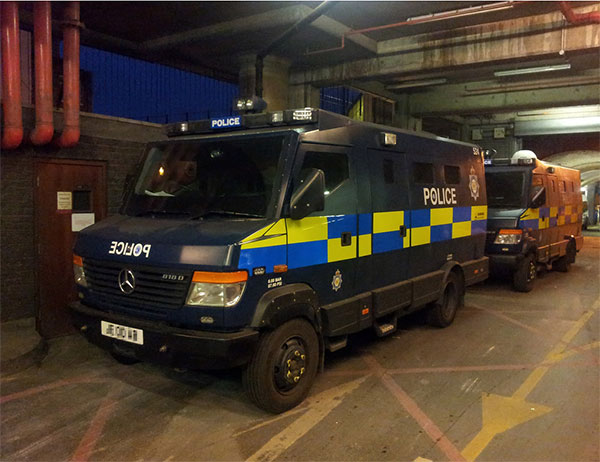 A MDP MacNeillie Mercedes armoured Protected Patrol Vehicle of the type used in SEG convoys.
photo by Bestmansid | used with thanks under CC Attribution-ShareAlike 3.0 Unported

The MDP operates a sizable fleet of patrol vessels which protect Royal Navy bases. This includes Marine Unit Clyde, which patrols Her Majesty's Naval Base, Clyde and escorts Trident submarines in and out of port. 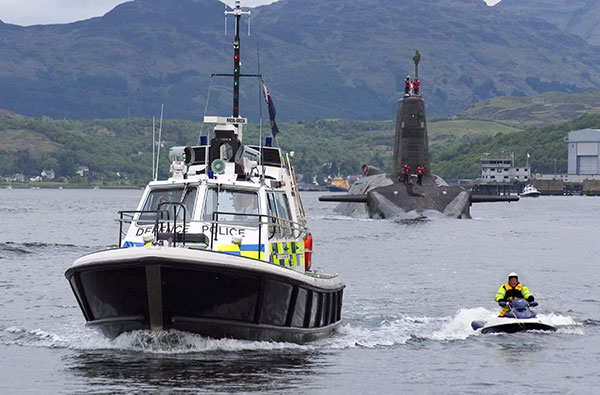