This site uses cookies. By continuing to use this site you consent to our use of cookies. more info | ok
british special forces » royal marines » mortar troop
▼ share this page

The Mortar Troop is an element of the Command Company of 40, 42 and 45 Commando. The unit provides indirect fire support in the form of the L16A2 81mm mortar.

Mortar Troops have 9 L16A2 mortars, each operated by 2-man teams.

Mortar Troop are a commando-level support element which may send detachments to support individual companies. 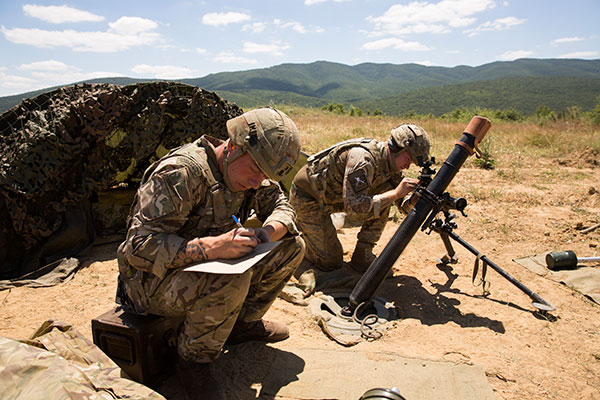 Members of 42 Commando fire a L16A2 mortar during a training exercise. The L16A2 is a 81mm mortar that can fire high explosive (HE), smoke and illumination rounds.
U.S. Marine Corps photo by Cpl. Kelly L. Street, 2D MARDIV COMCAM/Released 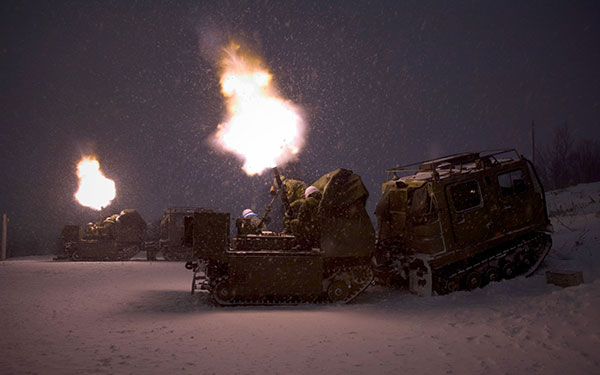 Mortars can be carriedon foot and fired from a fixed, dug in position such as a mortar pit. They can also be fired from tracked vehicles such as the BV-206D or the Viking APC. Shown here are Mortar Troop, 42 Commando firing from the mortar-carrying variant of the BV206D during arctic warfare training in Norway.
Image by LA(Phot) Gaz Faulkner | © UK MOD / Crown Copyright 2008
Used under Open Government Licence