This site uses cookies. By continuing to use this site you consent to our use of cookies. more info | ok
british special forces » special boat service » operations » grande tema
▼ share this page
note: www.specialboatservice.co.uk content has been moved to this section

Operation Buckthorn: The SBS Board And Secure The Grande Tema

On the night of Friday the 21st December 2018, a team of British Special Forces boarded a hijacked container ship off the British coast.

The Grande Tema is a 71,000-tonne roll-on/roll-off (RORO) container ship operated by Grimaldi Lines, an Italian shipping company. On the 10th of December 2018, the vessel sailed from Lagos, Nigeria on a journey to Tilbury docks in Essex. Along the journey, four alleged stowaways were discovered by the crew and confined to a cabin. On the morning of the 21st, while the Grande Tema was navigating the Thames Estuary, the four men allegedly escaped from the cabin, armed themselves with iron bars and other items and threatened the crew, demanding that the ship move closer to the shoreline. It has been speculated that the four men planned to swim ashore. The Grande Tema's 27-strong crew locked themselves in the bridge and called for assistance. [1] 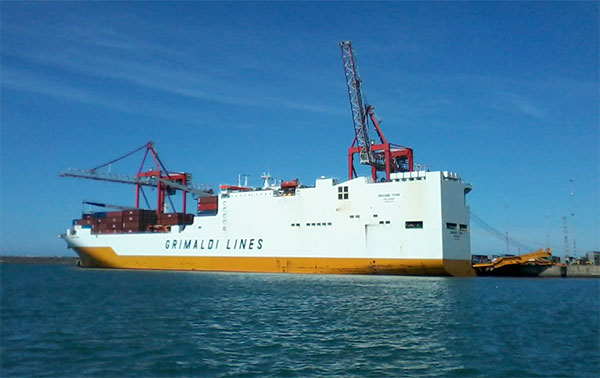 After nearly 12 hours of the Grande Tema travelling in circles in the Thames Estuary, the Prime Minister, Teresa May, signed off on a military intervention.

According to press reports, at around 11pm on the 21st, members of X Squadron of the Special Boat Service (SBS) carried out an assault on the Grande Tema. The SBS team - armed with assault rifles and wearing night vision goggles - fast-roped onto the ship from Royal Navy Merlin helicopters.[2] The Sun reports that the crew had been instructed to switch off the ship's lights as the operation commenced. [2]

The SBS reportedly fast-roped onto the Grande Tema from Merlin helicopters, like the one pictured here. 846 Naval Air Squadron (846 NAS) of The Commando Helicopter Force (CHF) keeps a number of Merlin Mk3i helicopters on alert for maritime counter terrorism contingencies, like the operation to secure the Grande Tema.
Image by POPhot Des Wade © UK MOD / Crown Copyright 2018 | used under open government licence

The Special Forces commandos proceeded to rapidly restore order, without any injuries to any parties. After the SBS had confined the suspected stowaways in a secure cabin, the Grande Team docked at Tilbury, where it was boarded by police. Essex Police later announced that four men had been arrested under the Immigration Act.

While the boarding operation was an SBS affair, the first involvement of Special Forces occurred earlier in the day with an initial movement of SAS personnel. SOF News has reported that in the afternoon of the 21st, a party of four SAS men were flown from the SAS HQ at RAF Credenhill to Dover Coastguard Operations Centre in Kent via a 658 Sqn Dauphin II helicopter. The helicopter returned to base later that afternoon, leaving one SAS man to liaise with the Coastguard.[3]

The rescue mission itself, code named Operation Buckthorn, started with a formation of two Merlin Mk3i and two Wildcat HMA2 helicopters travelling from the Commando Helicopter Force base at RNAS Yeovilton, Somerset to the SBS base in Poole, Dorset. The helicopters then moved the SBS to a staging area at the former RAF Manston in Kent. At around 10:45pm, the helicopters took off, bound for the Grande Tema.[2] 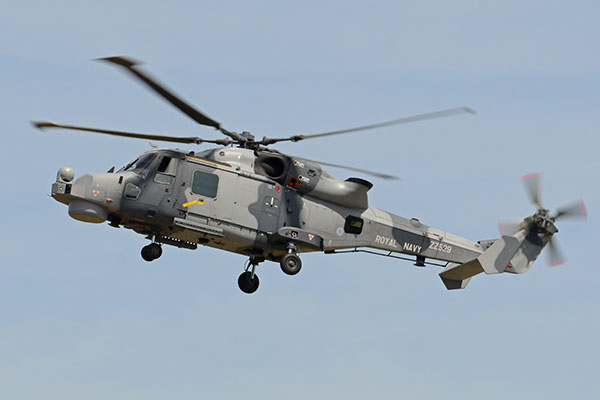 The Merlins carrying the SBS boarding teams were supported by two Wildcat HMA2 helicopters, likely from 815 NAS Maritime Interdiction Flight. The helicopters carry a sophisticated array of electro-optical sensors that can be used to scan, monitor and relay video of the objective. They can also carry SBS snipers who provide overwatch for the boarding teams.
Image by Flickr user Alan Wilson | used under CC BY-SA 2.0