This site uses cookies. By continuing to use this site you consent to our use of cookies. more info | ok
british special forces » uksf aviation » commando helicopter force » merlin
▼ share this page

The Merlin is designed and manufactured by AgustaWestland, who designate it as the AW101. The Royal Navy operates a fleet of Merlin Mk2 helicopters in the maritime force protection and anti-submarine warfare (ASW) role. The Commando Helicopter Force, however, use their Merlins as an amphibious troop transport and utility helicopter. 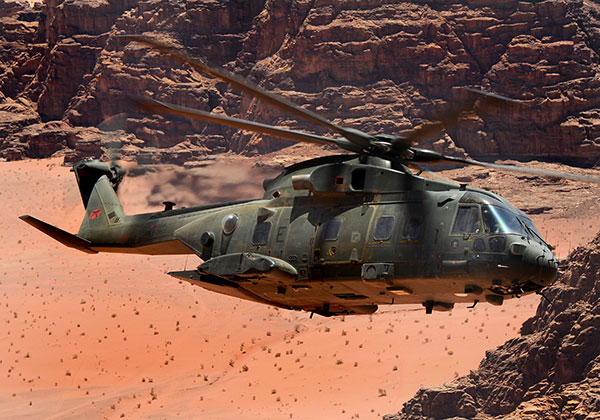 Unlike the Mk1 and Mk2 ASW variants, the Merlins flown by the Commando Helicopter Force feature a rear ramp for the rapid loading and off-loading of troops. The Merlin can accommodate up to 24 fully-laden troops. 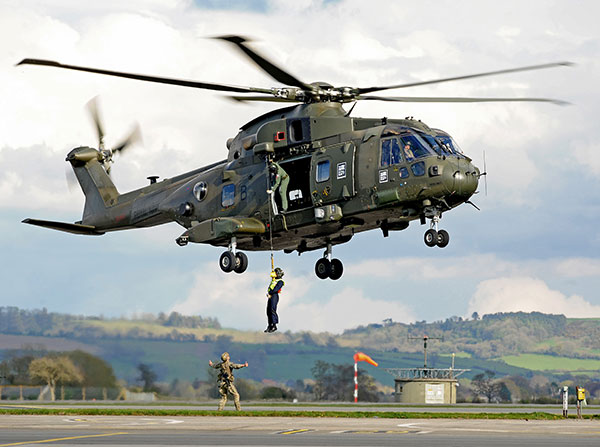 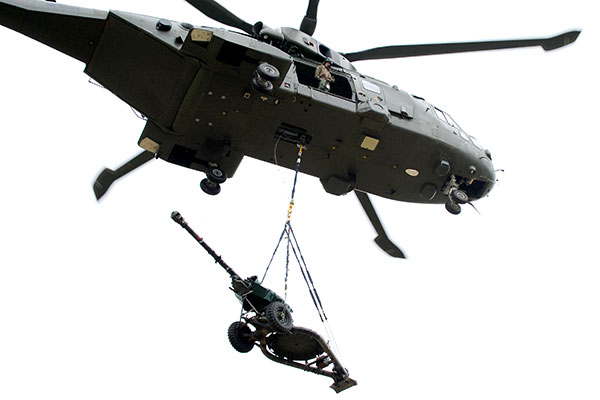 The Merlin is crewed by 2 pilots and 2 aircrewmen. The pilot's seating is armoured against small arms fire. General Purpose Machine Guns (GPMGs) can be mounted at various stations around the aircraft, including at the rear ramp and side window apertures. 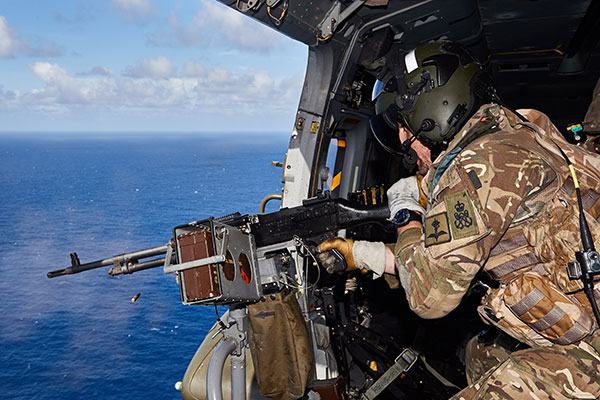 The Merlin has been brought in to replace the CHF's fleet of Sea King Mk4s that are slated for decommission by March 2016. The RAF CHF began transferring its Merlin Mk3/Mk3A helicopters to the CHF in 2012. Official transfer of command of the UK Merlin Mk3.Mk3A fleet occured in September 2014.

A Merlin M3A assigned to 845 NAS. The Mk3A Merlins were bought from the Danish militaryfor use by the RAF, before eventually being transferred to the CHF. The Danish Merlins were configured for combat search and rescue (CSAR) operations. Modifications included kevlar armour protection for the flight crew (later added to other RAF Merlins), fast-roping points at the rear ramp and cargo door and a rail for static parachute jumps out the rear ramp. The distinctive bulge on the helicopter's nose housed a forward looking infrared (FLIR) camera.
Image by LPhot Dan Rosenbaum © UK MOD / Crown Copyright 2018 used under open government licence

A Merlin Life Sustainment Programme (MLSP) is underway to upgrade the Mk3/3A helos to Mk4/4A 'Commando Merlin' standard. This navalises the aircraft, enhancing its amphibious capability. Improvements include automated fold of the main rotor blades and tail boom. Avionics upgrades include a fully digital glass cockpit of the standard found in the Merlin Mk2 and Wildcat AH1, and provision for a tactical computer. There is also a provision for fitting a FLIR Systems Star SAFIRE III electrooptical system to the Mk4/4A. The Commando Merlin features a DAS Controller that integrates with existing DAS elements to rapidly identify and respond to threats.

The MLSP delivered the first Merlin Mk4 in September 2017 and will eventually produce 25 Mk4/4A Commando Merlins for the CHF. 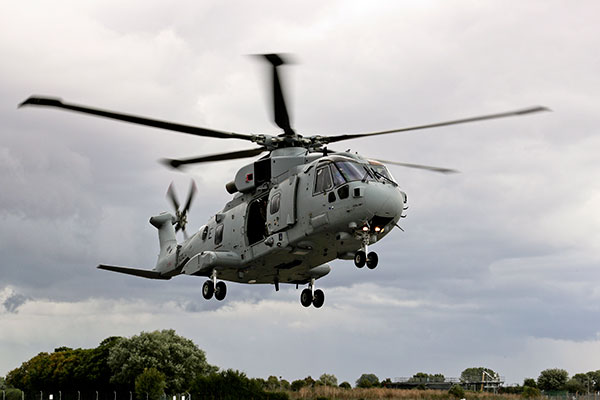 To fill the gap between the Sea Kings retiring and the new Merlins coming online, 7 Merlins have been converted to iMk3 - 'i' for interim - standard, to allow them to embark on ships. The iMk3 features manually folding main rotor blades, deck lashing points, fast-rope fixtures, upgraded undercarriage and an I-band transponder. The interim Merlins came into service just as 848 NAS disbanded and the last CHF Sea Kings were decommissioned. At that point, 846 NAS took on the Maritime Counter Terrorism (MCT) commitment from 848 NAS. 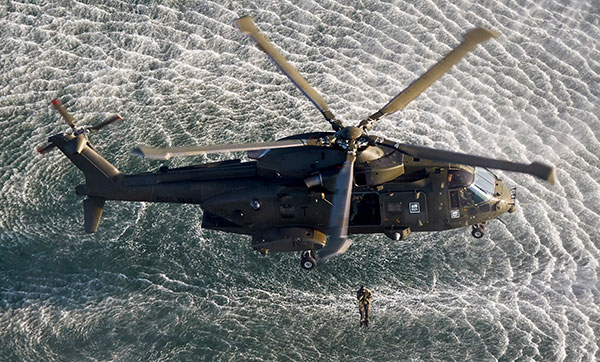 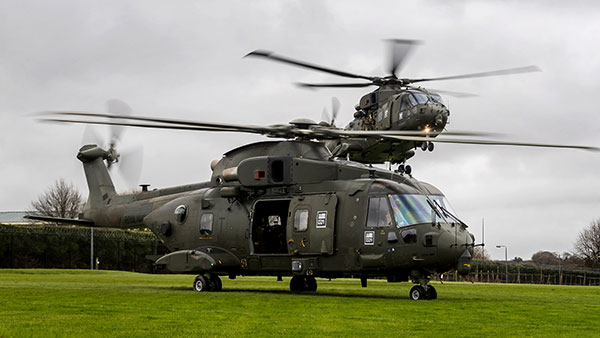 A pair of Merlin iMk3 - these helicopters have been flitted with a FLIR sensor turret on the chin.
Image by PO(Phot) Si Ethell © UK MOD / Crown Copyright 2017 used under open government licence

In August 2018, Merlin Mk4s began embarking on HMS Queen Elizabeth, the Royal Navy's new aircraft carrier. Along with Wildcat AH1 helicopters from 847 NAS, they will form the Specialist Commando Aviation task force. The CHF Merlins aboard the Queen Elizabeth will have a number of roles, including amphibious assault, joint personnel recovery, and the movement of stores and personnel.