This site uses cookies. By continuing to use this site you consent to our use of cookies. more info | ok
british special forces » elite intel units » lewts
▼ share this page

LEWTs use sophisticated equipment, including hand-held scanners, to gather tactical signals intelligence (SIGINT). In Afghanistan, LEWTs listen in to Taliban radio traffic in order to evaluate their tactics and disposition. They can also track the signal's origin using direction finding equipment. LEWTs may also deploy jamming devices, including unattended systems, that can disrupt enemy communications by jamming multiple frequencies simultaneously.

LEWTs may carry out their role from static platforms at forward operating bases or go out on patrols with infantry units. They may also deploy in specially-adapted vehicles containing attennae and listening / range finding equipment.

As of September 2014, 14 Signal Regiment (Electronic Warfare) is part of the 1st Intelligence Surveillance and Reconnaissance Brigade.

All members of a LEWT are cross-trained in each other's roles. LEWT analysts receive language training to enable them to understand enemy radio chatter, although they may also emply a local interpreter, or 'terp' to translate the transmissions. LEWT members are parachute trained.

They also provide a detachment to 18 (UKSF) Signals which operates in support of the Special Forces. 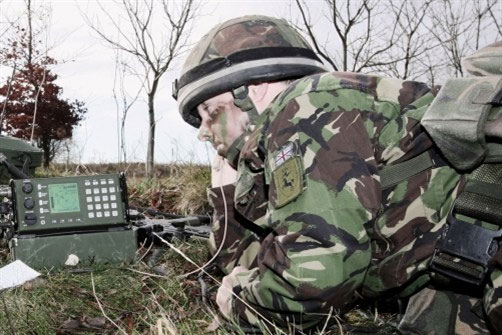 14th Signal Regiment has deployed Light Electronic Warfare Teams in support of operations in the Falklands (1982) and the Persian Gulf (Operation Desert Storm). LEWTs supported operations in the Former Republic of Yugoslavia and in Kosovo. LEWT patrols supported 16 Air Assault Brigade elements during the invasion phase of Operation Telic (Iraq, 2003). LEWTs have deployed attached to the Brigade Reconnaissance Force of various army brigades deployed to Afghanistan. Press reports in May 2014 indicated that British Special Forces operating in Kenya were being supported by Light Electronic Warfare Teams.