This site uses cookies. By continuing to use this site you consent to our use of cookies. more info | ok
british special forces » 16 air assault brigade
▼ share this page

16 Air Assault Brigade (16 AA Bde) is Britain's airborne rapid reaction force. In it's role as the Air Assault Task Force (AATF), the Brigade is an air-mobile force with the capability to deploy around the world at short notice. When combined with RAF transport aircraft and heavy lift helicopters, 16 AA Bde has the capability to put three battalions of airborne infantry on the ground, supported by up to eighteen 105mm howitzer guns. 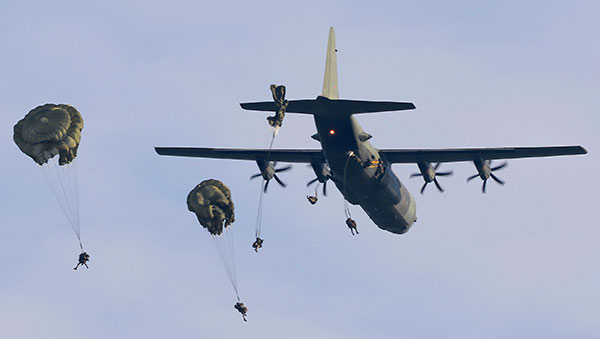 Amongst other tasks, the Brigade might be used to quickly protect another ground force's flank, capture key installations such as enemy-held airfields, or insert behind an enemy to stop their retreat.

16 Air Assault Brigade is based around a core component of the 2nd and 3rd Battalions of the Parachute Regiment (2 PARA, 3 PARA), together with other infantry units, specialized artillery, combat engineers, signallers and other supporting units, many of which are parachute trained. Air transport and close air support are provided by helicopters from the Joint Helicopter Force. 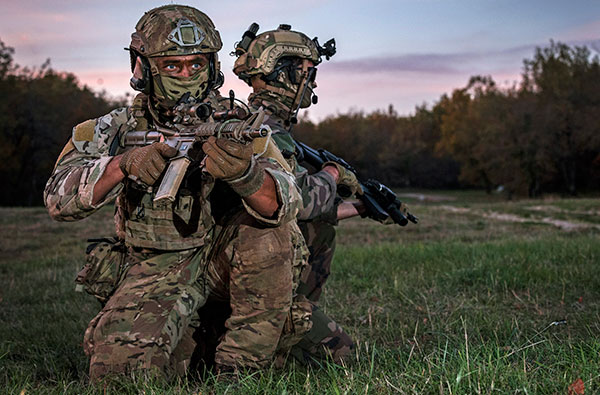 A member of the Pathfinder Platoon (left) pictured with a French counterpart from Groupement des Commandos Parachutiste (GCP). The Pathfinders are an advance force element that deploys ahead of a 16 AA Bde operation in order to carry out reconnaissance, prepare drop / landing zones and disrupt the enemy.
MOD photo by Cpl Jamie Hart | © Crown copyright 2018 | used under open government licence

At the heart of 16 Air Assault Brigade is the Air Manoeuvre Battlegroup (AMBG). This consists of a Parachute Regiment battlegroup - based around a PARA battalion (2 or 3 PARA) along with various support elements - held at readiness. 2 PARA and 3 PARA alternate between year-long readiness (AMBG-1) or training (AMBG-2) cycles. 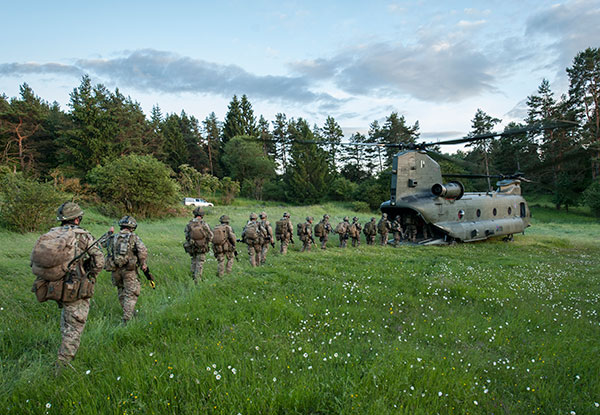 Paratroopers with 3 PARA line up and board a Royal Air Force (RAF) Chinook heavy lift helicopter. The PARAs are the spearhead of any 16 AA Bde air manoeuvre operation. They insert onto their objective by parachute drop, air landing via fixed wing aircraft, or air assault via helicopters. Once on the ground, if needed, they can secure an airhead for follow on forces.
MOD photo by Cpl Rob Travis RAF | © Crown copyright 2015 | used under open government licence

There are several levels of readiness to which elements of 16 AA Bde deploy at.

All levels of readiness are supported by command support, combat support, and combat service support elements. (see order of battle further down the page). 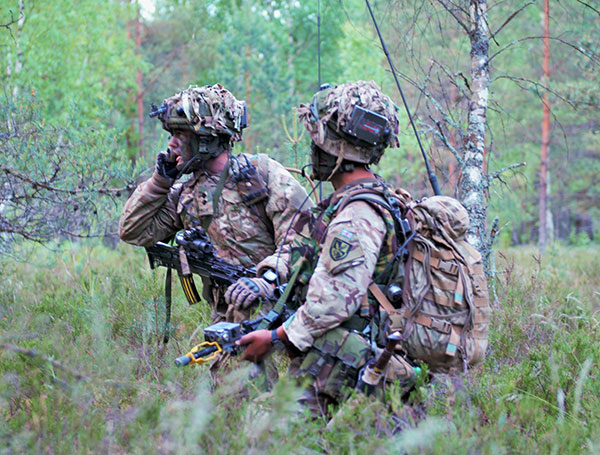 The Order Of Battle (ORBAT) of 16 Air Assault Brigade is flexible and depends on the availability and suitability of units for any given deployment. The current makeup of 16 AA Bde is as follows:

Apache AH1D attack helicopters from 3 Regiment AAC and 4 Regiment AAC provide the Brigade's organic find and strike capability. An HQ element and Apache squadron from either 3 or 4 Regiment is held at readiness for the Air Assault Task Force. 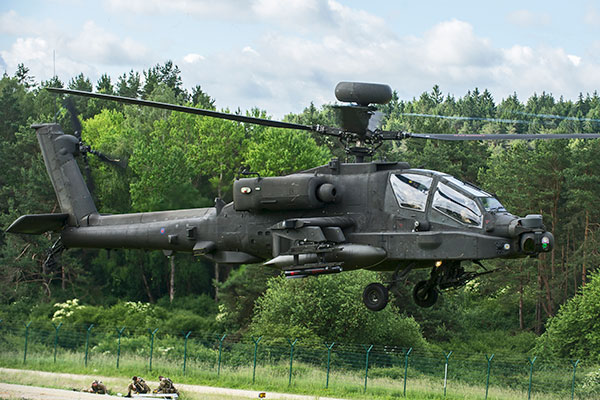 Wildcat AH1 helicopters from 1 Regiment AAC carry out battlefield reconnaissance, airborne command and control, and the transport of men and supplies. 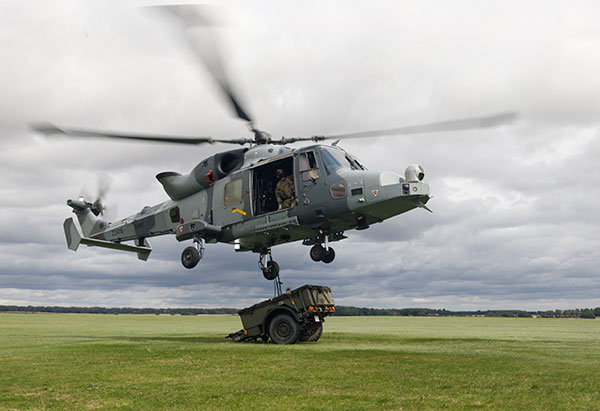 Royal Air Force Chinook and Puma helicopters are on hand to airlift troops on air assault operations as well as move equipment and supplies via underslung load. 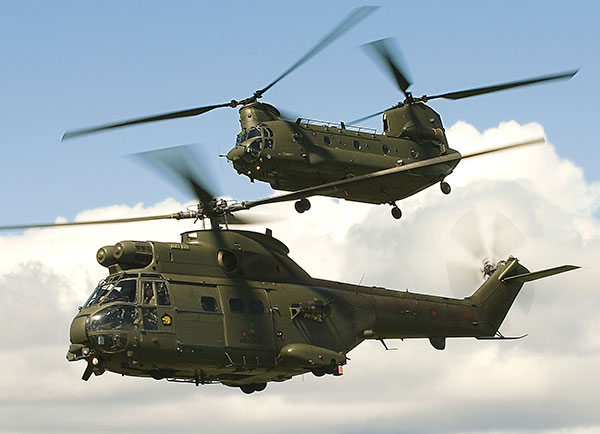 RAF Pumas from 33 and 230 Squadrons and Chinooks from 7, 18 and 27 Squadrons are used to ferry 16 AA Bde troops into battle.
MOD photo by Sgt Ray Cooper RAF | © Crown copyright 2008 | used under open government licence

Equipment employed by the brigade includes: 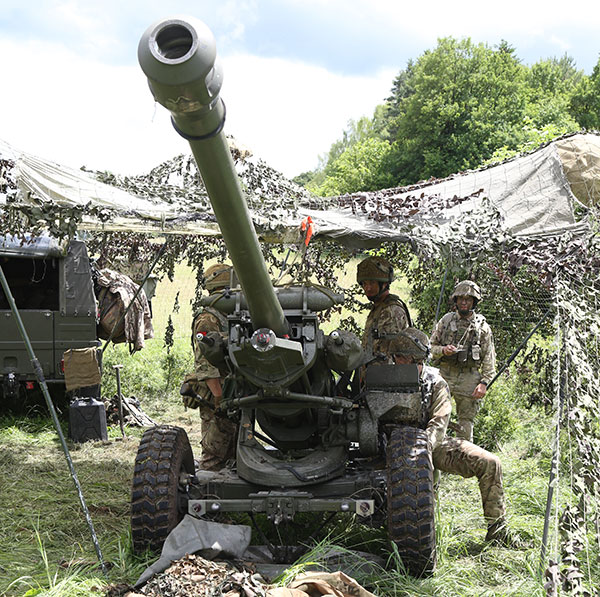 16 AA Bde soldiers with a jump role, and not in the Parachute Regiment, undergo the All Arms Pre-Parachute Selection (AAPPS) course at Pegasus Company (P Coy), followed by a Basic Parachute Course.