This site uses cookies. By continuing to use this site you consent to our use of cookies. more info | ok
british special forces » uksf aviation » 47 squadron » special forces c-130k hercules
▼ share this page

The C-130K Hercules was a 4-engine turbo-prop cargo plane manufactured by American defence contractor, Lockheed Martin. It has seen service as a tactical air lifter in many militaries around the world, several of which, including the RAF and United States Air Force, fly the aircraft in the special operations role. 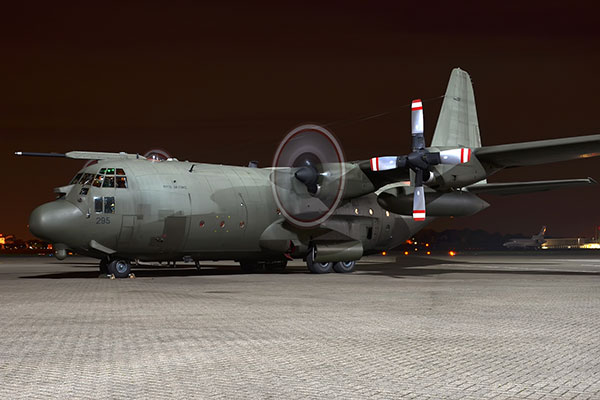 A Hercules C1 assigned to 47 Squadron. Note the air-to-air refueling probe jutting out from atop the cabin. These were first fitted during the Falklands Conflict in order to facilitate the long haul supply operations needed to support the British task force.
image by Flickr user aceebee | used with Attribution-ShareAlike 2.0 Generic (CC BY-SA 2.0 license)

Early Special Forces (SF) C-130Ks flown by 47 Sqn were virtually no different than the rest of the RAF Hercules fleet. Over time, SF Flight Hercules had various upgrades to their systems in terms of threat detection, countermeasures and secure communications.

SF C1 / C3 / C3a Hercules had secure radio fitments, including satellite communications. The precise nature of these fitments remains classified at this time.

The RAF Special Forces Flight used a number of Hercules variants. The C1 was based on the C-130K, a development of the United States C-130E which added different engines, British communications and navigation systems and a new cargo floor design.

A number of 47 Sqn aircraft were fitted with a suite of sensor systems as part of a Enhanced Vision System upgrade:

These sensor packages allowed the SF Hercules to better operate at night and in poor weather conditions. 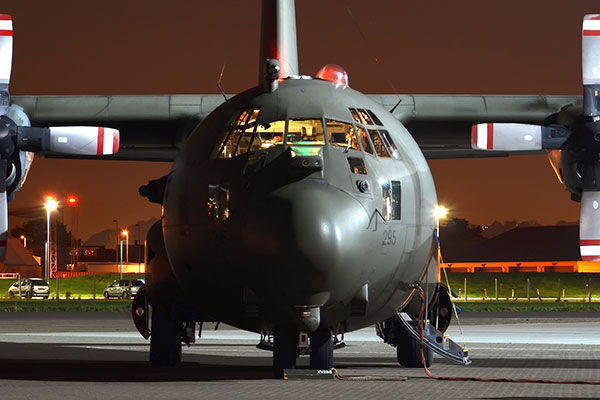 Visible in this shot of a 47 Sqn C1 are the Low Light Level Television (LLTV) camera array above the aircraft's nose and the SIGMA thermal imaging pod under the nose.
image by Flickr user aceebee | used with Attribution-ShareAlike 2.0 Generic (CC BY-SA 2.0 license)

The C3 was a 'stretched' C-130K, with an additional 15ft of fuselage. This allowed for an additional 26 parachutists or 2 cargo pallets to be carried.

Following the 9/11 attacks of 2001, 6 Hercules C3 aircraft were upgraded to C3a standard, with improved communications, navigation systems and countermeasures. 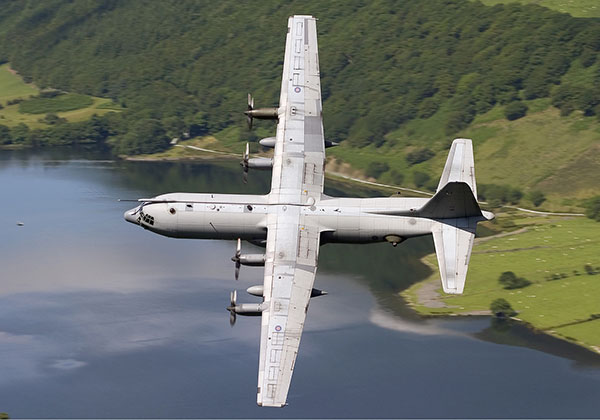 A Hercules C3A. The bulges visible on the aft fuselage belong to the AN/AAQ-24(V) Directional Infrared Countermeasure (DIRCM) system, which jams heat-seeking missiles.
image By Chris Lofting [GFDL 1.2 or GFDL 1.2], via Wikimedia Commons

Up to 4 heavily armed SAS Land Rover 110s could be carried in the cargo hold of a SF Hercules. SAS/SBS troops could also be parachuted from Hercules flying at high altitude (HALO & HAHO), whilst SBS teams could be dropped out to sea, along with their rigid inflatable boats (RIBs).

47 Squadron operated the final few C-130K models in RAF service until they were eventually retired in 2013. The squadron now uses a number of C-30J Hercules C4 and C5 aircraft in the special operations role.