This site uses cookies. By continuing to use this site you consent to our use of cookies. more info | ok
british special forces » police special operations » armed response units
▼ share this page

One of the nation's most prominent firearms units is the London Metropolitan Police Service's SCO19.

Designation, organisation and equipment used by firearms units varies as each constabulary has its own budget, set by its Police Commissioner. Depending on constabulary, Police firearms units may be called the Tactical Firearms Unit, Firearms Support Unit, Specialist Armed Response Unit or Tactical Aid Group, among other names.

AFO is the basic designation for a British police officer who has been trained in the use of firearms and has been authorised to carry them on duty. Level of training varies depending on role. Some AFOs may only be given a basic level of firearms training, i.e. core weapons skills, mostly defensive attacks. This is usually focused on the use of whichever model of self-loading pistol - e.g. Glock 17 - is their unit's standard. Police officers in units such as the Met's flying squad, for example, typically only carry a pistol.

There are two classifications of incident that an AFO may be brought in to deal with: spontaneous i.e. armed officers are called to the scene of an incident as it occurs / has just occurred, and authorised i.e. a pre-planned operation.

ARV Officers respond to spontaneous firearms incidents. They typically carry out mobile patrols in vehicles such as the BMW X5, poised to deploy to an incident as needed. ARV AFOs will typically always have a self-loading pistol, such as the Glock 17, on their person. They will also have access to 'long arms', such as the H&K MP5SF and H&K G36C carbines, which are stored securely in the vehicle. Training includes advanced driving, performing stop and search of suspect vehicles and containment of a vehicle or building. 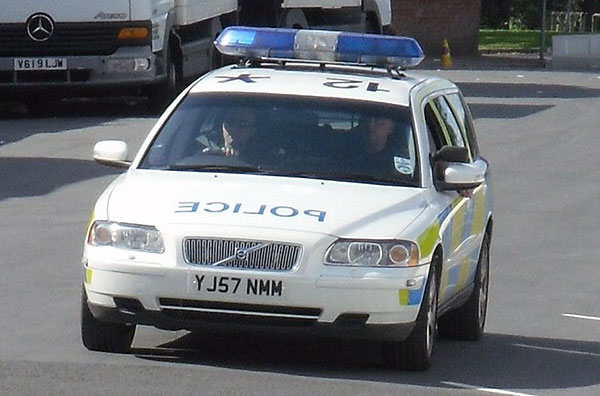 SFOs carry out pre-planned, intelligence-led, authorised operations against criminals suspected of being in possession of firearms. They are trained in dynamic entry ie use of battering rams and other tools to make entry into a building. They may also train in the use of stun grenades and tear gas. The SFO role requires a higher level of training than ARV Officers receive. SFOs will typically have served in the ARV role for several years before joining a SFO team.

Photo - a member of a West Midlands Police armed response team dressed in the sort of tactical gear common to such units.

Clothing includes overalls - usually manufactured from a fire-retardant material such as NOMEX, boots and gloves. Headwear is typically a kevlar helmet such as a MICH 2000 over a NOMEX balaclava, headset/ear defenders linked to a secure radio, and eye protection in the form of goggles. Body armour may be worn, including a kevlar vest / plate carrier holding ballistic armour.

Aside from a primary and secondary weapon, a taser and pepper spray may be carried. Ballistic shields may be carried by the point man in a team.

Certain Police forces maintain a cadre of officers trained for counter terrorism operations, These are designated as Counter Terrorist Specialist Firearms Officers (CTSFO). The Met's SCO19, for example, fields a significant number of CTSFO teams, Greater Manchester Police (GMP) has also trained CTSFOs, as have Thames Valley Police. The various Police CTSFO units across the country form a National CTSFO network, providing a national-level counter terrorism response. Examples of nation-level CTSFO deployments include a deployment by West Midlands Police CTSFOs to London as part of Operation Pegboard, the security operation that occurred in the wake of the murder of British soldier, Lee Rigby. [2]

Rifle Officers are specially-trained AFOs who deploy as a Rifle Team (Rifle/Observer Team) in support of an authorised firearms operation.

They may be armed with a 7.62mm x 51mm scoped bolt-action sniper rifle or semi-automatic rifle. They are trained to be able to make a precise shot, through glass barriers if necessary, This capability includes a simultaneous coordinated shot i.e. two Rifle Teams firing at the same time.

Despite their skills with the rifle, a Rifle/Observer Team's function is typically more about gathering intelligence than it is about pulling the trigger.