This site uses cookies. By continuing to use this site you consent to our use of cookies. more info | ok
british special forces » close protection » cpu rmp
▼ share this page

Close Protection Unit Royal Military Police (CPU RMP) is a unit of the RMP that specialises in protecting high ranking military personnel and other VIPs.

CPU RMP typically deploy in small 3-person teams but can also work as 4-person Special Escort Section. Security Advance Parties sometimes deploy ahead of the VIP's arrival at a given venue. Residency Security teams provide protection at the VIP's home. In certain situations, a number of CPU RMP Operatives will act as a counter-attack force, ready to back-up another deployed CPU RMP team.

The bodyguards within CPU RMP, known as Close Protection Operatives, carry a range of weapons :

The training course culminates in an extended exercise in which the students must protect a 'VIP' over a period of several days. Royal Military Police Officers can apply for the Close Protection Unit after six months service with the RMP. Initially trained by the SAS, the RMP now runs its own close protection courses which train other units. The RMP is part of the Provost Branch of the British Army's Adjutant General's Corps (AGC). 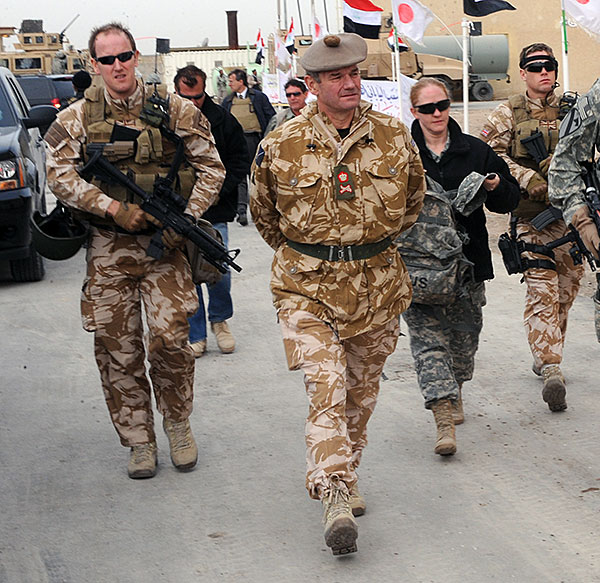 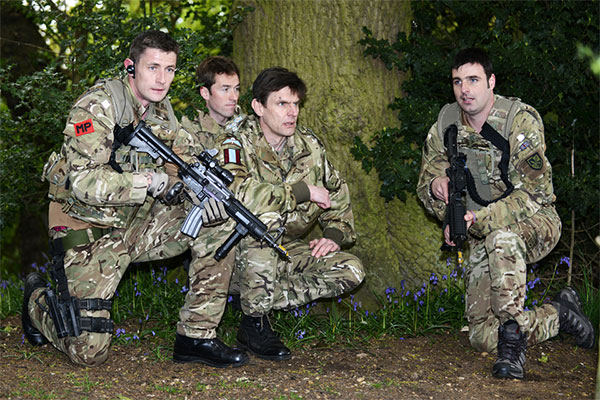