This site uses cookies. By continuing to use this site you consent to our use of cookies. more info | ok
british special forces » elite artillery » Honourable Artillery Company
▼ share this page

The Honourable Artillery Company (HAC) is the oldest regiment within the British Army. It has a long and distinguished history. The HAC is now a renowned regiment within Britain's Territorial Army (TA). As of September 2014, the HAC is part of the 1st Intelligence Surveillance and Reconnaissance Brigade. 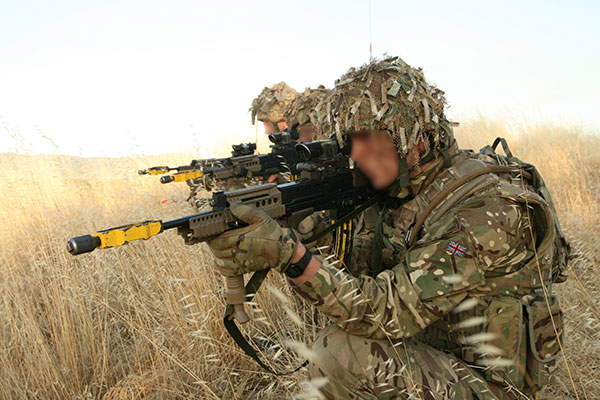 The Honourable Artillery Company's main role is one of Surveillance and Target Acquisition (STA). The HAC's STA role is similar to 4/73 Battery of 5 Regiment Royal Artillery (5 Regt RA). In wartime 4/73 Battery integrates into HAC's order of battle. The HAC also fields a battery of 105mm Light Guns and deploys as part of 16 Air Assault Brigade.

The HAC consists of:

HAC STA patrols are trained in long range communications, navigation and target recognition. At least one member of a given patrol will be a fully trained medic.

The HAC also has a ceremonial role, providing Guards of Honour at the Guildhall and Gun Salutes at the Tower of London.

Selection for the Honourable Artillery Company is open to civilians aged 18-32 (or older for those with previous military experience).

Those without a military background undergo a HAC Recruits' Course that gets them up to speed with basic soldiering skills. The Recruit's course lasts six months (Tuesday evenings, about one weekend a month and a ten-day final exercise).

The HAC Recruit's course tests candidates levels of fitness and comprises lessons in:

The above training is complemented by a series of tests:

These tests conclude with a 10 day final exercise which tests the recruit's proficiency in the skills acquired.

HAC Signalers go through a similar selection path as the Patrol Squadrons, but only doing a portion of the Patrol Selection Course. They then go on to a Basic Communications Course which comprises:

For information on joining the Honourable Artillery Company, see the official web site