This site uses cookies. By continuing to use this site you consent to our use of cookies. more info | ok
british special forces » special boat service » operations » nova andromeda
▼ share this page
note: www.specialboatservice.co.uk content has been moved to this section

On the night of Sunday the 26th of October 2020, British Special Forces boarded and took control of an oil tanker situated off the Isle Of Wight.

The Nave Andromeda is a Greek-owned crude oil tanker, built in 2011, which was sailing under a Liberian flag. The vessel is 228 meters long with a width of just over 32 meters. [1]. It had been travelling from Nigeria towards Southampton. On Sunday morning, the ship's master asked for help after a group of seven previously discovered stowaways began making verbal threats when the crew tried to lock them up in preparation for handing them over to UK authorities. The twenty-two crew took refuge in the chips citadel, a secure area designed for such situations.

The vessel could be seen on maritime tracking websites moving in slow circles off the coast of the Isle Of Wight. Police helicopters could also be seen shadowing the ship.

Under the cover of darkness, a group of helicopters approached the Nave Andromeda. Special Boat Service (SBS) commandos fast-roped down from two Merlin Mk4s, covered by two Wildcats. A number of SBS also approached and boarded the tanker via rigid inflatable boats (RIBs).[2]

Once aboard, the SBS moved rapidly to secure the crew and detain the stowaways. The crew were all unharmed and the stowaways rounded up and eventually handed over to the police. The operation was over in under nine minutes, a testament to the efficiency and professional of the SBS and supporting elements.

The BBC reported that " ...a team of Royal Navy divers was deployed in one of the Royal Navy helicopters in case the vessel had been mined - but it had not." [3] These may have been from a Fleet Diving Unit such as Fleet Diving Unit 1, which specialises in Explosive Ordnance Demolition (EOD) on ships. 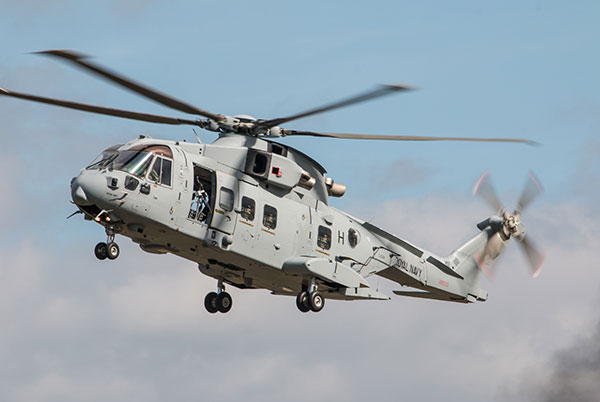 A Merlin Mk4 helicopter, operated by 846 Naval Air Squadron (846 NAS), of the type used in the operation to board the Nave Andromeda.
Image by Steve Lynes | used under Creative Commons Attribution 2.0 License 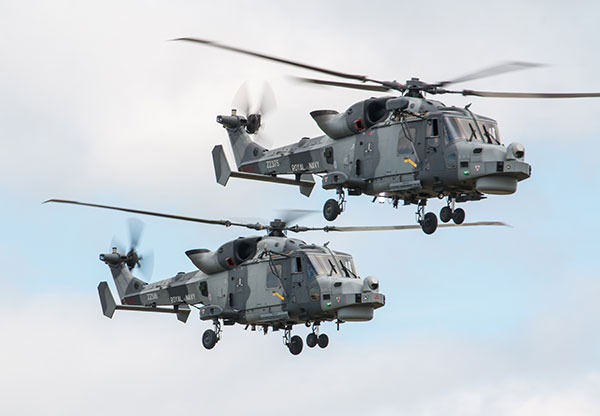 The Merlins carrying the boarding teams were accompianed by two Wildcat HMA2 helicopters, likely from 815 NAS Maritime Interdiction Flight. The Wildcats can be used as airborne sniper platforms, with Special Forces marksmen on board to provide cover for the boarding elements.
Image by Steve Lynes | used under Creative Commons Attribution 2.0 License 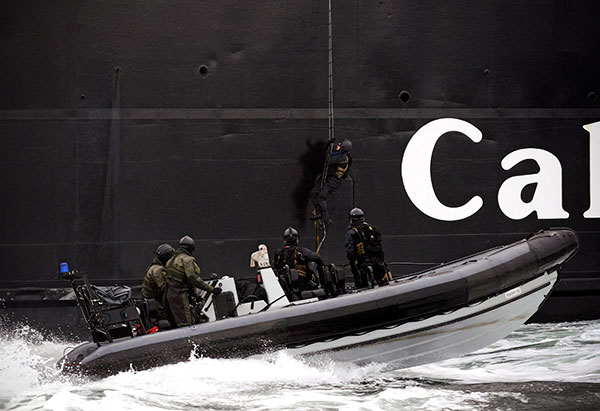 Some of the SBS force came aboard via Rigid Inflatable Boats (RIBS). Boarding from the sea is typically more stealthy than via helicopters, which can be heard approaching. The SBS are highly skilled in this boarding technique. (Image shows Royal Marines with 43 Commando boarding a ferry during training).
Image CPOA(PHOT) Thomas McDonald © UK MOD / Crown Copyright 2015 | used under open government licence

The operation on the Nave Andromeda is the second such mission in recent years. In late 2018, UK Special Forces retook the Grande Tema, a cargo ship in the Thames Estuary that had a similar problem with belligerent stowaways.

Further back, in 2001 a combined SBS/SAS force stormed the MV Nisha, a container ship approaching the UK coast which was suspected of carrying a WMD.

The SBS are a renowned special forces unit which specialises in Maritime Counter Terrorism (MCT)and Maritime Interdiction Operations (MIOps). They are based in Poole, not far westward along England's south coast from the Isle Of Wight, where the operation took place. Large Royal Naval bases at Portsmouth and Plymouth are also nearby. No doubt the Royal Navy would have been keen to demonstrate that it could swiftly and decisively resolve such an incident, especially one taking place in their backyard, so to speak. The SBS and other elements certainly showed what they are capable of.