This site uses cookies. By continuing to use this site you consent to our use of cookies. more info | ok
british special forces » royal marines » 42 Commando » fleet contingency troop
▼ share this page

note: the FCT was previously a sub unit of S Squadron 43 Commando. S Squadron was moved into Juliet Company 42 Commando in 2017. 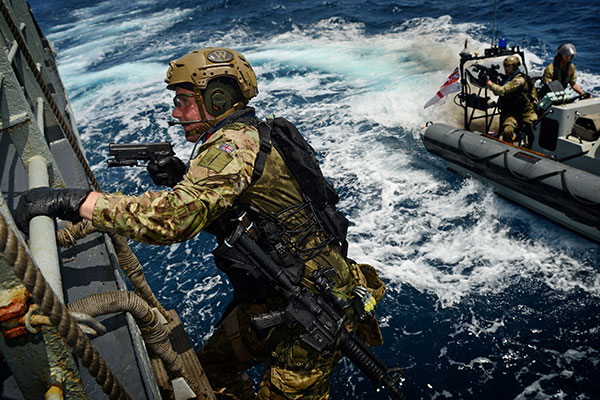 FCT personnel are experts in boarding vessels from both surface boats such as rigid inflatable boats (RIBs) and offshore raiding craft (OCR) and by fast-roping from Royal Navy helicopters such as Wildcat and Merlin. Maritime Sniper Teams frequently provide top cover for FCT boarding operations.

Since being deployed off the Horn Of Africa as part of multi-national counter-piracy efforts, they have intercepted and boarded numerous pirate ships. Typically operating from Royal Navy and Royal Fleet Auxillary vessels such as HMS Somerset and RFA Fort Victoria, FCT Royal Marines have been involved in a series of incidents:

The FCT provided a quick reaction force for Operation Olympic, the security operation for the 2012 London Olympics. In a demonstration in early 2012, Royal Marines with 539 Assault Squadron, the FCT and members of the Met firearms unit, SCO19 and Marine Policing Unit, intercepted, boarded and secured a simulated terrorst-held vessel on the Thames. 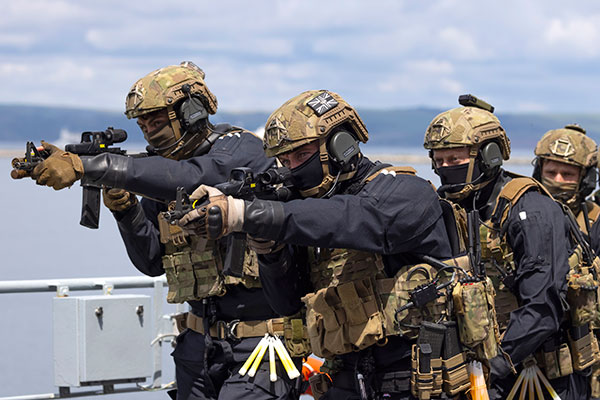