This site uses cookies. By continuing to use this site you consent to our use of cookies. more info | ok
british special forces » royal marines » 42 commando » maritime sniper team
▼ share this page

Note: MSTs were previously deployed by S Squadron 43 Commando. S Squadron was moved into Juliet Company 42 Commando in 2017 when 42 Commando re-roled as a Maritime Operations Commando.

The role of an MST is to provide overwatch for Royal Marines / Royal Navy boarding teams. When supporting Fleet Standby Rifle Troop (FSRT) missions, a single MST is deployed. Operations by the Fleet Contingency Troop (FCT) - which may involve opposed boardings with hostages onboard - are usually supported by 2 teams in 2 helicopters.

The MST have a number of different weapon systems available to them.

Depending on the mission, they may use a designated marksman rifle (DMR). This is a semi-automatic, scoped rifle, chambered in 7.62mm x 51mm NATO. MSTs have used variants of the Heckler and Koch G3KA4 rifle in this role, and more recently, the L129A1 Sharpshooter rifle.

If more firepower is needed, the MST sniper can turn to the L121A1 anti-material rifle. This bolt-action weapon fires a .50 BMG round which can disable boat's engine, a method employed against smuggler's speed boats. In this role, the L129A1 is fitted with a short range optic such as an EOTECH red dot. 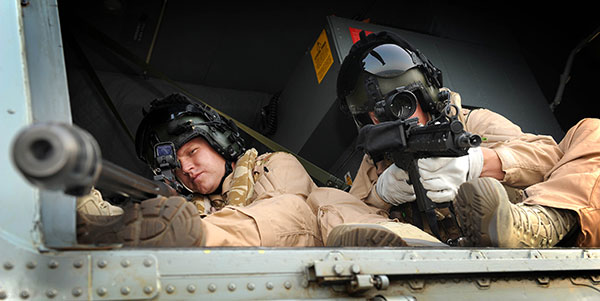 Finally, MSTs are trained in the use of Royal Navy helicopter door guns such as the .50 Cal M3M heavy machine gun mounted in the Merlin HC2 and Wildcat HMA2. 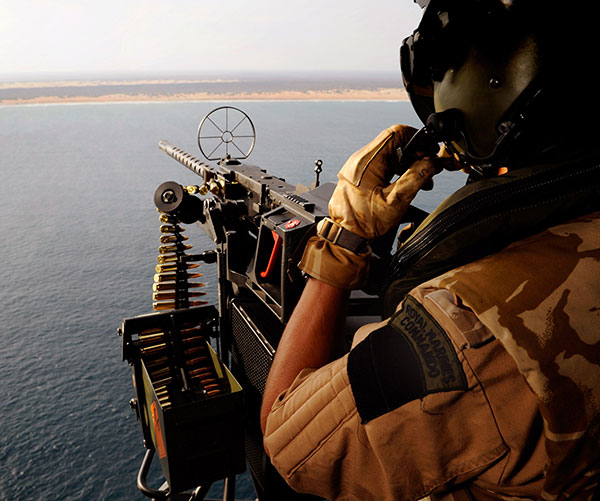 Maritime Sniper Teams have proved effective in the war on drugs. One example of this happened in November, 2005 when a Lynx HMA8 helicopter from HMS Cumberland intercepted a suspected drugs runner in international waters off the Nicaraguan coast. When the speedboat failed to stop, several shots, from the MST aboard the Lynx, disabled the smuggler's speedboat. A boarding team, riding in a RIB from Cumberland, then approached and searched the vessel and arrested the crew.

News report on the above-mentioned incident featuring the MST interdicting smuggler's speedboat in the Western Caribbean.

Following the incident when British Sailors/Marines were taken into custody by Iranian forces in a disputed waters between Iraq and Iran in 2007, there have been calls to include MST units on British warships carrying out boarding operations in the region.

In more recent times, Maritime Sniper Teams have deployed aboard Royal Navy / Royal Fleet Auxiliary vessels on counter-piracy operations in waters off the Horn Of Africa. On several occasions, MST snipers aboard Royal Navy helicopters have been instrumental in stopping/capturing pirates. 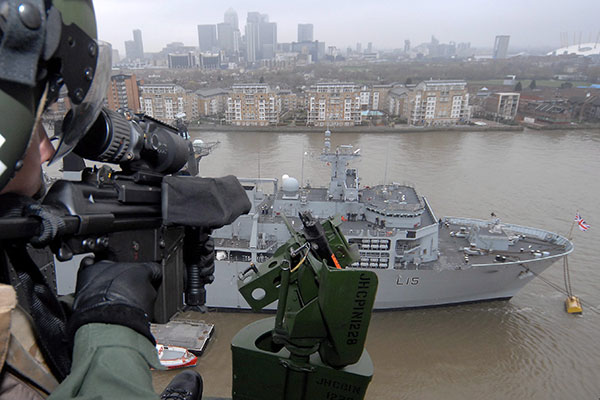